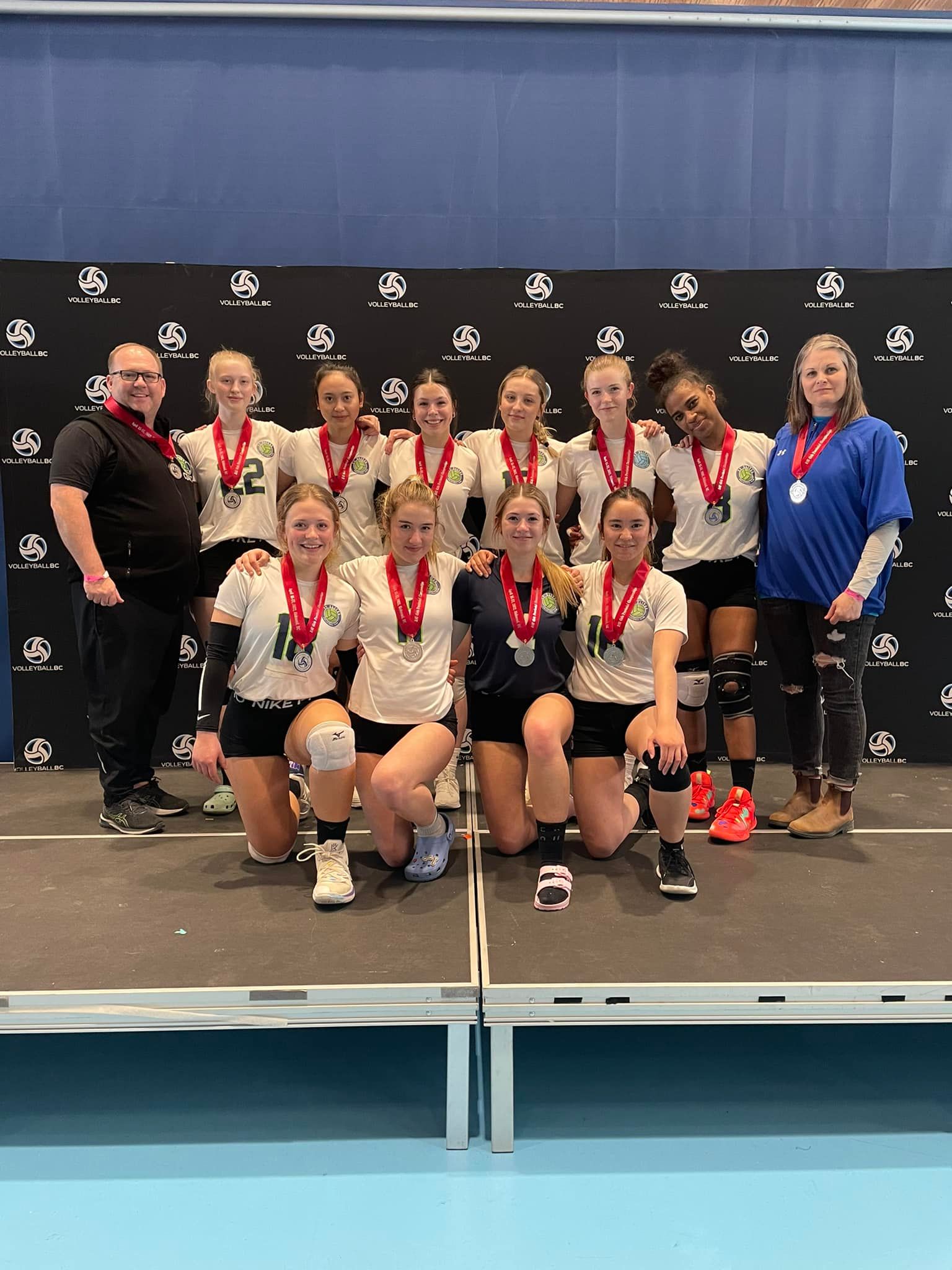 YT Elites have a successful return to

It was January of 2020 the last time a Yukon volleyball team travelled Outside to BC Provincials. That’s two long years. But, over the Easter weekend in Richmond, the long wait was over for the U18 YT Elites girls.

For the squad, it’s been two years of practice and training that led them to Richmond. That time spent in the gym paid off, however, as the Elites took silver in the tier 3 division.

“Our first goal was to win a set,” said Seeley. “We did that in our first match. Then we won our first match to set up round-robin play for Sunday (April 17), then it was to get to a medal game and they succeeded.

“We just got better with every match.”

The competitive fire that can only come with competition returned quickly to the team, said Seeley.

“There were some nerves at first, like always playing at the Olympic Oval,” said Seeley. “But by the end of the first day, they were hungry.

That re-ignited fire, said Seeley, will be used in practice as the team now prepares for Nationals in May.

“Practices will intensify,” said Seeley. “It (Provincials) gave us a chance as a coaching staff to see what we need to work on. Until you play, you don’t know where you are as a benchmark.”

Until Nationals, Seeley said the team will be in the fine-tuning stage, so by the time they take the court again they will be a well-oiled machine.