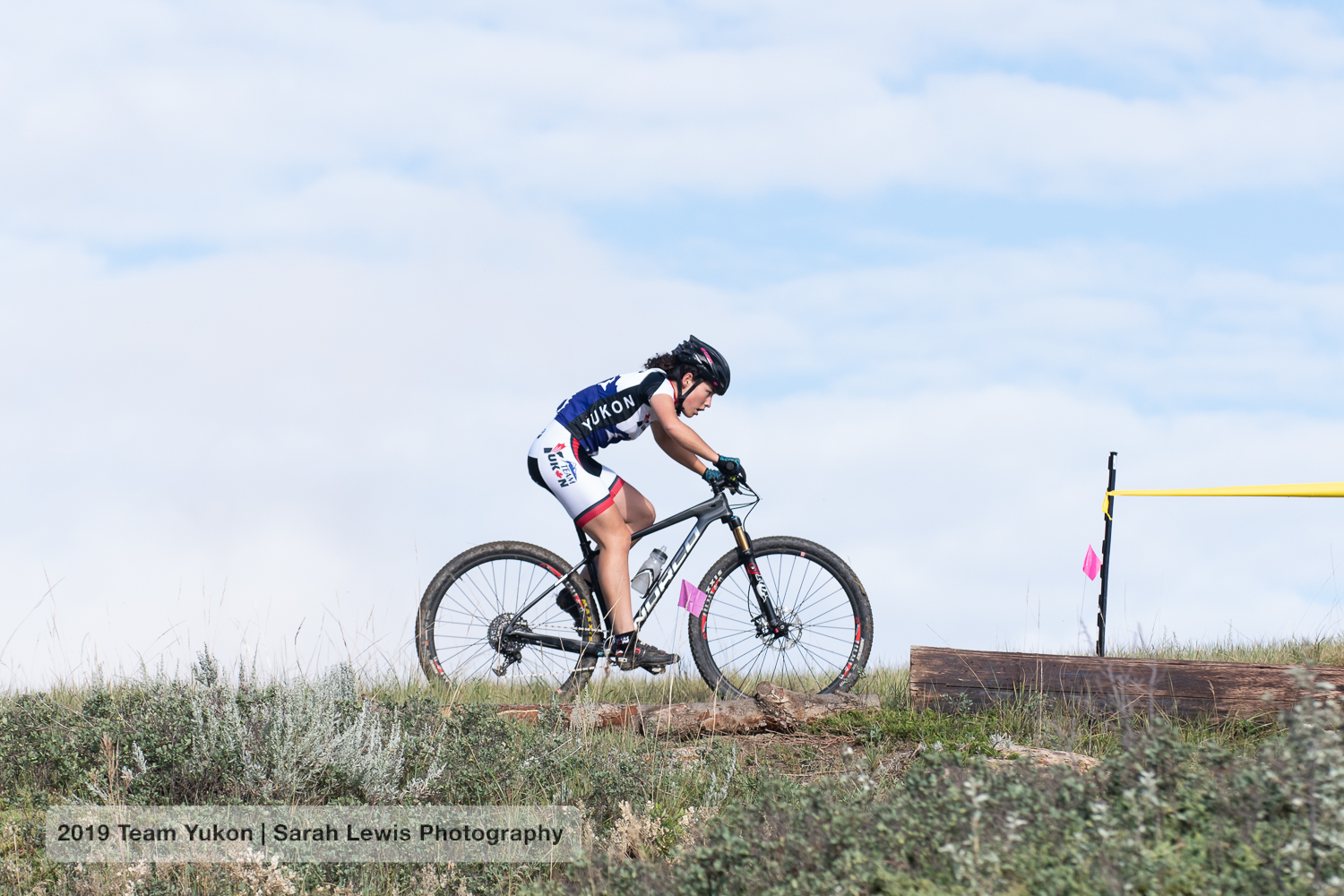 Yukon cyclist Mara Roldan has had a busy, and successful, two weeks. Racing in Edmonton on June 27, Roldan earned gold at the Junior Criterium.

It was the first time a Yukon athlete titled in the Junior women’s race, said a press release published by Canadian Cycling.

“Last year at Nationals there was no criterium,” said Roldan. “This was my first time racing criterium so I had no idea what I was getting myself into.”

The criterium event was a 1.4 kilometre square circuit with four tight turns and had a tailwind on the finishing straight. The women rode for 30 minutes plus five laps.

When Roldan heard the bell, indicating there were five laps to go, she knew it was time to make her move.

“I knew I had to get up to the front if I wanted a shot at getting a good sprint in at the end,” said Roldan. “As soon as I came out of the last corner I just bolted as hard as I could and didn’t look back. It worked out in the end.”

Three days after her podium finish at Nationals, Roldan raced in another criterium race in Vancouver. This race featured older athletes to compete against. Roland, who had just turned 18, was racing against women as old as 23.

“The field was very fast and there were some sketchy corners and hairpin corners,” said Roldan. “It was super fun. The distance was longer than Nationals so it was a bit more endurance-focused.”

After the final lap, Roldan was sitting in fourth place, a position she said she was happy with.

“Even though I’m still pretty young, I can compete against some of the best, being at the start line with them is pretty huge,” said Roldan. I can start and learn from them as I grow and compete in more competitions.”

Every race, said Roldan, is an opportunity to continue to improve.

“It’s cool to see, I learn from every race and bring it to the next one,” said Roldan. “I’m just constantly trying to improve my result and performance overall. It’s a great learning time.”

Prepping for the Canada Summer Games

Roldan will be one of the cyclists representing Team Yukon at the Canada Summer Games.

She said her recent successes make her confident to compete against the country’s best.

“It’s exciting to know I can be competitive against this really fast field of riders,” said Roldan. “It’s going to be a higher level of speed and race experience that I might not have yet. But I’m excited to see what I have in the tank.”

After many years of behind-the-scenes work, Mount Sima and Alpine Yukon will be bringing a FIS (…