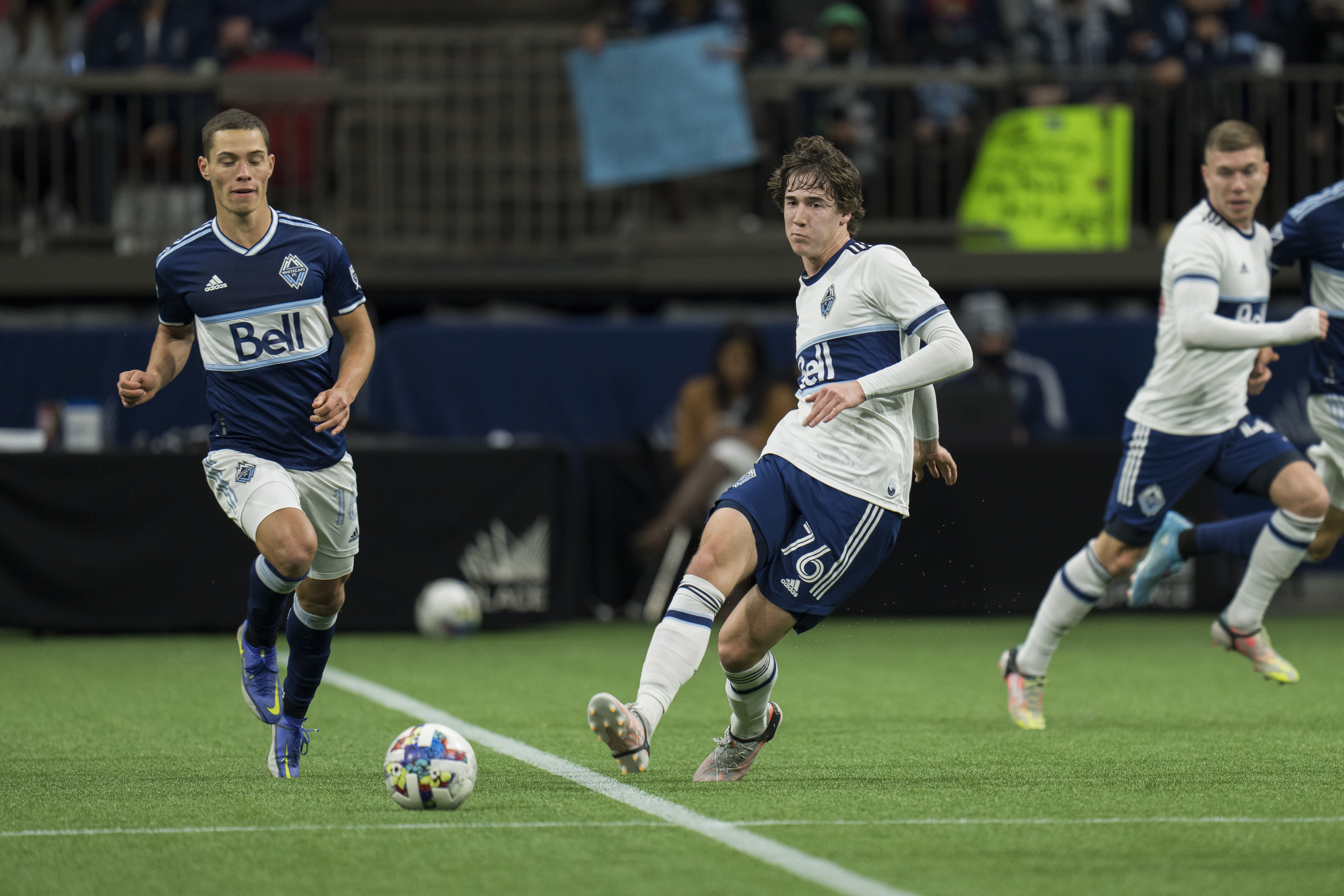 “I’m still kind of wrapping my head around it,” Hanson told Sport Yukon from Vancouver.

What is the Next Pro League?

MLS Next Pro is a men’s professional soccer league in the United States and Canada that is affiliated with MLS. It will launch in 2022 with 21 teams – 20 of which are affiliated with MLS clubs and the independent Rochester New York FC.

Hanson, 18, explained that the Next Pro league is mostly under 23 but will feature players from the “first team”.

“It’s a bit of a younger league but it’s also a professional league to keep the level very high and then make a smoother transition between going to the MLS,” he said.

Hanson has been involved in the Whitecaps Academy team for some time and said joining the Whitecaps 2 is the next step in reaching the goal of making the first team.

“It’s very close now,” said Hanson. “It’s one step away. The first team in the MLS, that’s the next step.

“It’s a big step for me to sign a professional contract and become a professional now because it’s a whole different world. Compared to youth and amateur soccer, I’m still getting used to it a little bit.”

Adjusting the the pro level

Hanson said the speed of the game is a lot quicker at the pro level and so is the quality of play.

“There’s no room for error,” said Hanson. “Everything you touch, pass, shot, you know it has to be close to, if not perfect. If you mess up, you may not get the ball for another two or three minutes because the other team is just as good.”

Hanson started at the Whitecaps Academy when he was 15. Since last May, he’s been training with the U23 team which had many players graduate to the Whitecaps 2 team.

“So now it’s a pro team, we’ve brought in more players and I’ve been able to stick with the team and become a professional,” he said.

The Whitecaps FC 2 team is in their second month of preseason, said Hanson. In that time he said he’s continued to see his game improve.

“There’s always things I can add to my game but I’ve definitely seen improvements I made in the last month or so,” said Hanson who plays striker. “I always look to develop but the last month I’ve become more consistent and just making sure all my touches are clean.”

Being the first Yukoner to sign an MLS contract hasn’t sunk in for Hanson yet. What has sunk in, however, is his appreciation for all the Yukon players before him.

“None of it would have been possible if there wasn’t the groundwork laid by the past players and coaches that worked so hard to create a soccer environment in the Yukon,” said Hanson. “They gave me and other players opportunities to play from a young age.”

Hanson said he hopes his success shows other young Yukon soccer players that they can make it to the pro level.

“The first thing I thought of, one of the reasons I wanted to sign the contract was to break down that door and create a pathway for younger players that will follow me and they can achieve their dreams of playing pro,” said Hanson.

Hanson said there are a lot of talented young Yukon players that have the potential to make it to the pro levels.

“I hope it inspires them to follow their dreams to play professional soccer because now they can see it,” he said.

The Whitecaps FC 2 team begins their regular season on March 26 in Houston, Texas. Hanson said the team has some strong players – players he’s been able to learn from.

“The team, we have a few older players,” said Hanson. “Before we started bringing them in, we were a young team and it showed. To have some more experienced players coming in to share a bit of knowledge has been helpful.”

When the season does begin, Hanson said he believes he will see regular minutes on the field.

“I think I should be a regular player on this squad,” said Hanson. “I’ve been proving myself the last few months and been playing well enough that I should be on the field lots.”

“He’s got a great legacy and he’s done a world of good to help sport get to where it is today,”…

Sport Yukon caught up with Dahria Beatty after completing her second Olympics.

It was another banner year for Yukon athletes making it to the varsity level. In 2021, 15 athletes…