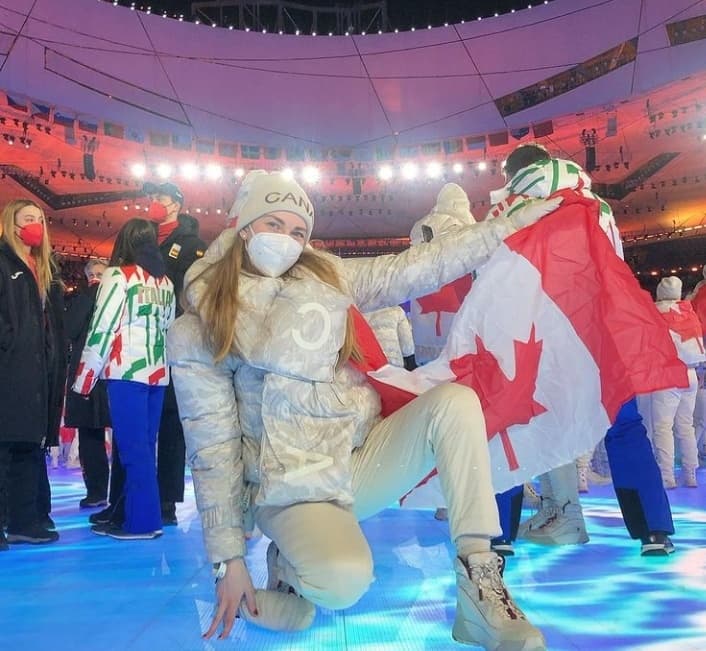 Dahria Beatty accomplishes many goals at the 2022 Beijing Olympics

Fresh off her 2022 Beijing Olympic run, Yukon cross country skier Dahria Beatty is right back in the swing of things. Beatty was reached in Finland, where she will be continuing her World Cup season. After Finland, she’ll be headed to Norway before finally getting to rest around April.

Between her Olympic races and World Cup events, Sport Yukon caught up with Beatty to talk all things Beijing.

Competing on the World Stage

It was Beatty’s second Olympics, her first was the 2018 PyeongChang Games. Not that she was comparing, but Beatty said the 2022 go-around was much better.

“I had way more fun at these Olympics than I did in 2018,” said Beatty. “Coming back from my first Games, I was a little hesitant to say when people asked how it went that I didn’t have the best time – it was a lot of stress. Obviously, there were amazing moments.

“This time, both in racing and in village life and just knowing what I was getting myself into I had a lot better idea of what it was going to be like. It was a much more enjoyable experience with lots of very positive takeaways.”

Beatty said she went into the 2022 Olympics looking to improve on her performances from PyeongChang. Goal accomplished.

“The 10 kilometre classic was a big, big highlight for me as my best ever result in the individual start race at the Olympics but also at World Cups or World Championships,” said Beatty.

Another goal Beatty wanted to accomplish was skiing in the sprint heats at a championship event.

“I’ve done it many times at the World Cup but never at a World Championships or Olympics,” said Beatty. “It was something that I was really hoping to accomplish so I’m proud I was able to get into this heat.

Her best result of the Olympics came in the 4x5Km relay, where she and her teammates finished ninth.

“We were two seconds from eighth, which was the goal we made for ourselves as a team,” said Beatty. “We knew it was a tough goal but something we believed we were capable of, we were right there.

“It was still the best relay result since 2002 for the women, so that was definitely a great result for the team.”

“You have the opportunity to meet a lot of different athletes from different sports,” said Beatty. “It’s a really fun thing getting to celebrate Canadian athletes and learn about different sports that you really know nothing about.”

“I was blown away by the halfpipe, it’s huge,” said Beatty. “It’s so much bigger than it seems on TV. It was cool to see a sport so different from our own and not endurance-based. The athletes are so, so skilled.”

After watching the halfpipe competitions, Beatty said she has no inclination to take the sport up.

“I like my feet on the ground,” she said.

What about the Style?

Team Canada sent their athletes to Beijing in style, and Beatty said athletes from other countries were definitely trying to trade for the Canadian gear.

If she had to choose a country that was almost as styling as Canada, Beatty said Sweden had some nice looks.

“I liked Sweden’s long parka and it had the same kind of flipped fuzzy hat with a brim that Canada had and I really liked their navy blue outfit, I would have been happy to wear that,” said Beatty.

“Beyond that, some of the smaller countries had really cool uniforms like Mongolia and just slightly more traditional.”

It’s not just the Olympics, but Beatty said she feels the support of Yukoners every season but it gets amped up for the Olympic Games.

“I got so many messages from Yukoners,” said Beatty. “My parents were relaying countless messages from people they'd run into and I always know there’s so much support coming from the Yukon.

“It’s nice to feel, I know they’re just as excited on my best days as on my worst days.”

Two more athletes have been identified in joining varsity teams.

Four Yukon athletes made the jump to post-secondary teams in the fall of 2022.